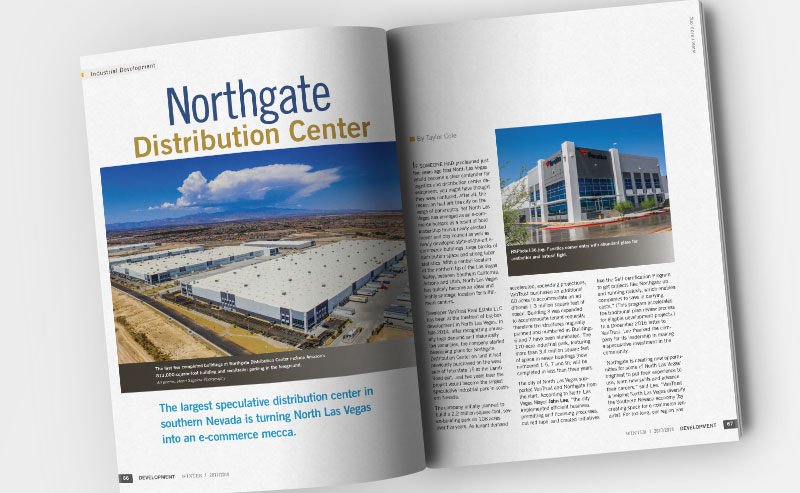 VanTrust Real Estate is a full-service real estate development company with a regional focus and a national scope. With existing offices in Columbus, Ohio, Jacksonville, Fla., and Dallas, the Kansas City, Mo. based firm opened a regional office in Phoenix in 2014. In working with Small Giants, the firm has earned an estimated 422,000 coverage views and nearly 6,000 shares on social media.

As its partner in public relations, we knew that highlighting the firm’s assets beyond internal portfolios and disposition opportunities would be vital to breaking into the Phoenix’s tight-knit commercial real estate industry. The developer also needed analytics to indicate that the new branch was performing at the same standard and rate as established branches.

To fully tell VanTrust’s stories, Small Giants formed a collaborative relationship with the firm. Earned media coverage has been a result of our agency finding impact stories, being the first to know, and utilizing relationships and resources to earn opportunities.

VanTrust’s Phoenix branch has made a name for itself in the Valley and the Southwest through regional and local, traditional and digital coverage. As one example, when the firm’s 3.4 million-square-foot speculative industrial project in Southern Nevada inked deals with some of e-commerce’s top tenants, we secured coverage with FOX Business News, Nevada Business Magazine, Las Vegas Business Press, and Las Vegas’ 8 News Now, to name a few. The project will also be featured in the winter issue of NAIOP Development Magazine. 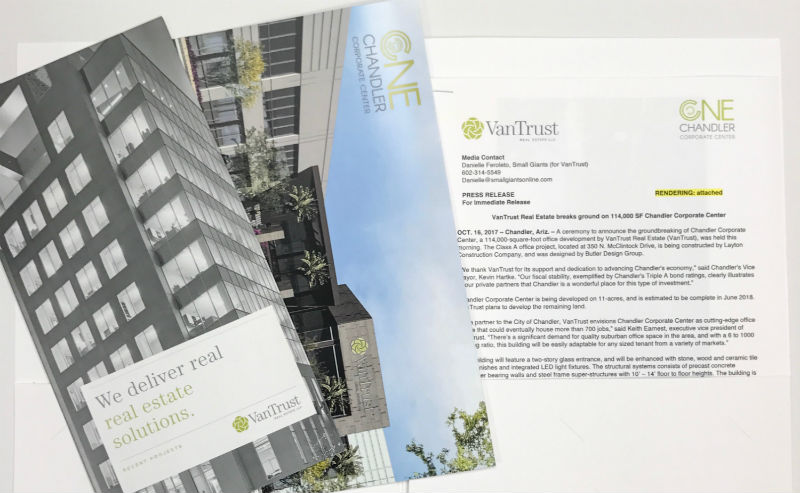 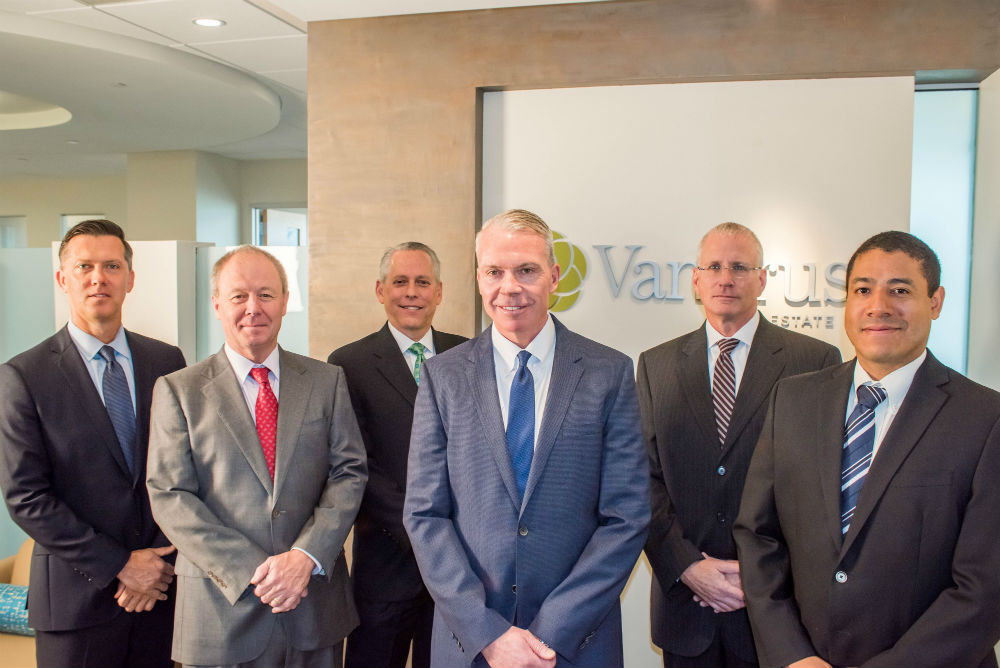 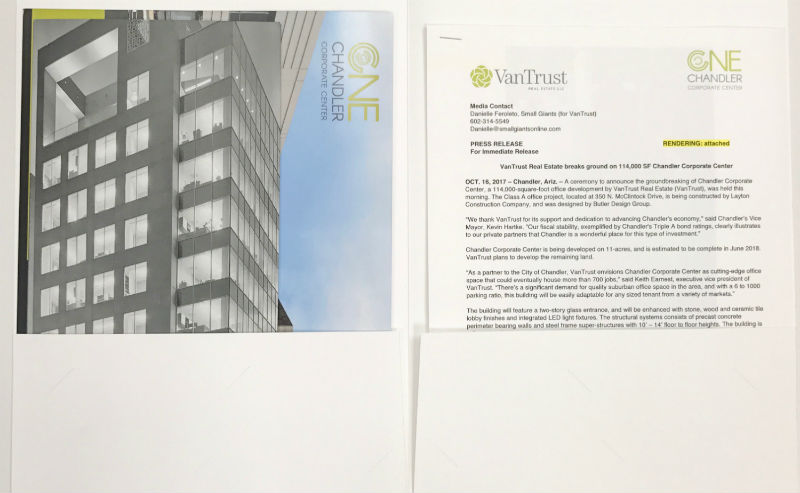