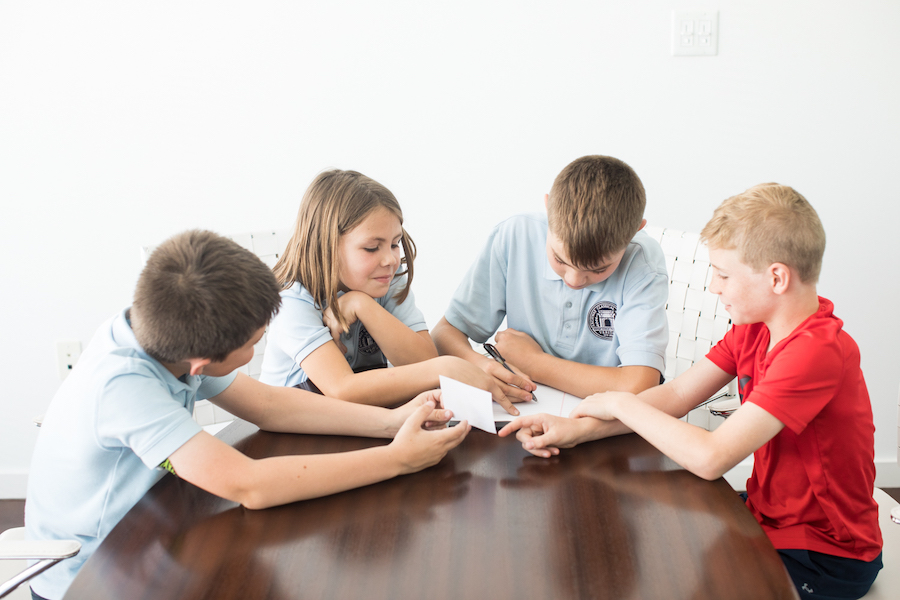 Small Giants was able to act as a host for school children on April 26 and 27 in support of teachers and parents.

On Thursday, April 26, Small Giants hosted a bring your kids to work day at the Scottsdale office. Throughout the day kids participated in arts and crafts, including painting picture frames and drawing. Small Giants also provided an ice cream social.

On Friday, April 27, Small Giants hosted a tour for Vertias 3rd and 4th graders. The day was set up as if the kids were a prospective client seeking Small Giants’ services as a PR/marketing company.

It began by them working with Small Giants’ owner and president Danielle Feroleto to create a company and develop a brand story. The kids collaborated to create a company name, decide on what industry they belonged to and identified what made their business unique. After creating their company, the kids moved through “stations” aligning with stages of brand story development.

First, the kids worked with our creative team to design their logo. Next, they worked with the public relations team to craft a press release announcing the company’s launch. Following that, the kids met with the marketing teas to draft a blog post. Next, they were able to pay their bill for marketing services by visiting with the project manager. Finally, the kids kicked off their company with a pizza party.

In less than 30 minutes, young entrepreneurs from Veritas Preparatory Academy created, developed, and launched a one-of-a-kind company that’s changing the way people think, eat and buy fries and chips. Children imagined growing organic, non-GMO potatoes and created a social mission to help support the homeless. The company’s co-founders said they were “tired of the same old fries” but also wanted to find a way to give back to communities by assisting those in the area that need it most. In five years, the company envisions itself growing its potatoes on Mars (see logo below).